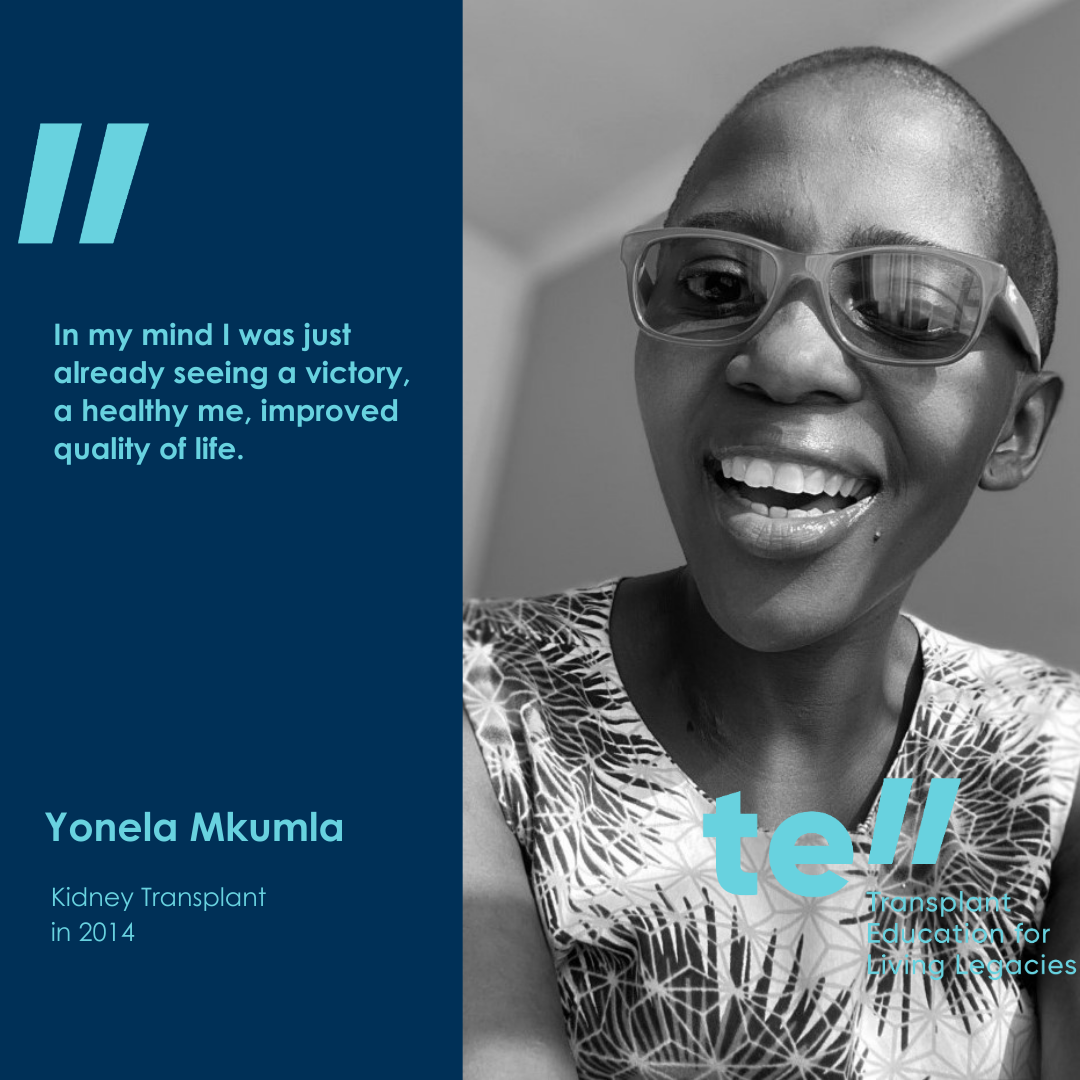 Monday, 17 May was World Hypertension Day and in focusing on high blood pressure, we feature the story of Yonela Mkumla, 36 years old from Johannesburg.  She developed Pre-eclampsia during her pregnancy which resulted in End Stage Renal Failure. With a dedicated medical team Yonela was able to give birth to a baby boy who is turning eight this year. Read Yonela’s story about being on dialysis and receiving a kidney transplant two years after the birth of her son.

1. Which organ/tissue did you receive, and in what year?
I received a kidney in 2014

2. How long were you on the waiting list for your organ?
I was waiting for a year.

3. Was the journey of becoming a mother a difficult one?
My kidneys failed while I was in the last trimester of the pregnancy. I guess it was the toughest part of it.

4. What was lifelike before the transplant?
I was on dialysis three times a week and this was my weekly dose, I was a working mom that would spend time mostly at home when I was not on dialysis to cover the short days I would have during the week. Sometimes I would come back exhausted and just wanting to rest.

5. Was your medical team supportive of becoming a parent?
Yes very much, I remember having mild depression but they held my hand throughout.

7. Has being a mom had an impact on your health?
Being pregnant caused the kidney failure.

8. Describe the emotions experienced when you received “The Call” for your transplant?
Ohhh yhooo, I received a call after having gone out for breakfast with friends that had visited me. When the co-cordinator called and told me, I literally couldn’t breathe, I dropped the call because of shock. She called again and asked me to come down and my time was 2pm for the op. In my mind I was just already seeing a victory, a healthy me, improved quality of life. I did not fear anything.

9. What is life like now, after the transplant?
Life is great, I have not been having complications. I have been very well.

10. What advice would you give patients on the waiting list?
Be patience, adhere to treatment and dialysis. Listen to the doctor.

11. Why do you think there is a shortage of donors in South Africa?
Organ Donor Awareness, African beliefs and high burden of disease.

12. If you could describe transplant in one word, what would it be.
Life-changing.

13. What advice would you give other transplant patients who would like to become mothers?
Discuss with the doctor to understand your chances, everything must be planned.

Our last Father’s Day interview is with 36-year-

"Dads are the most ordinary men turned by love int

During May we featured 3 women who became mothers