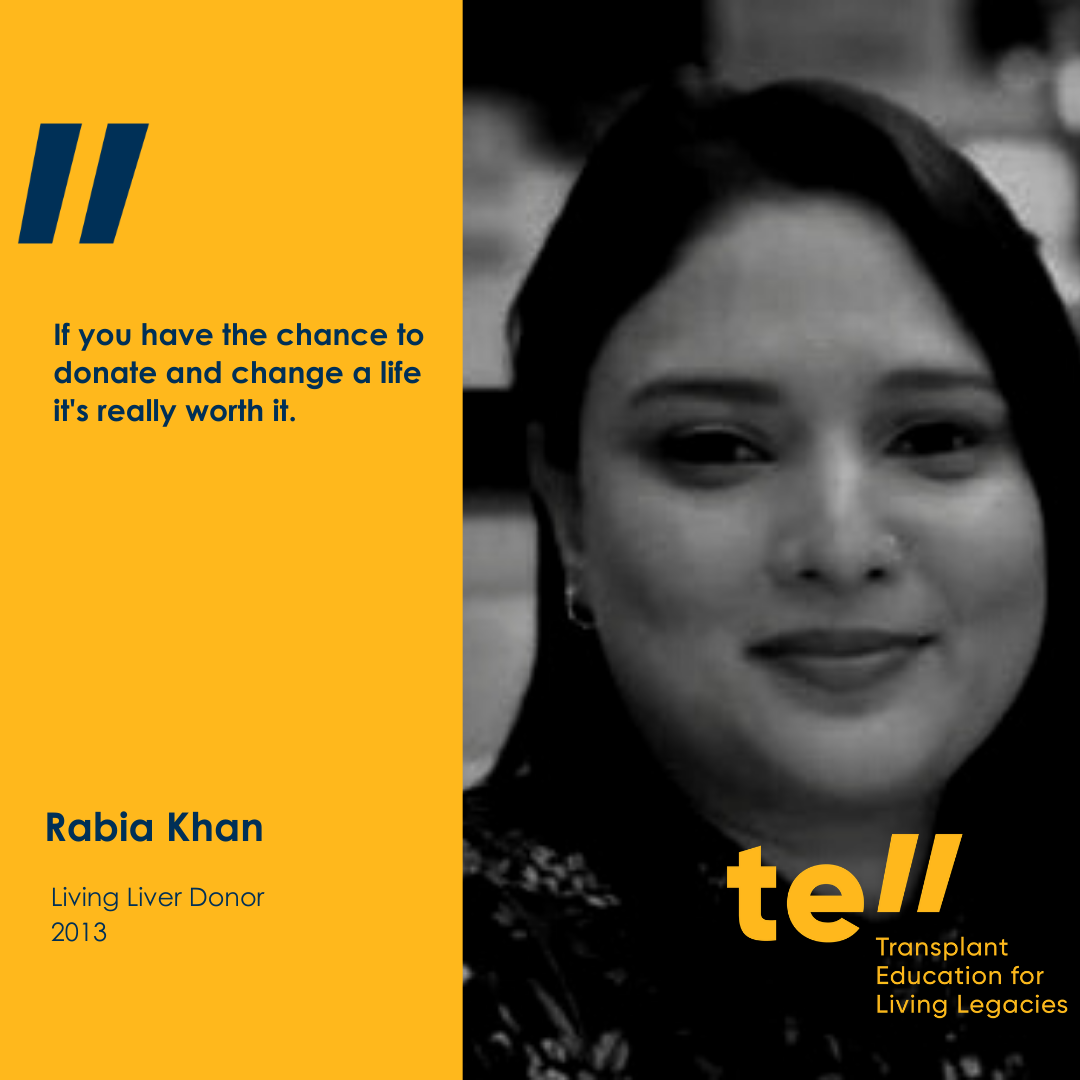 Mothers are societies super heroes, and one such hero is Rabia Khan, 38 year old from Durban. When her son was diagnosed with liver failure and she realised that the average waiting time for a liver is five years, she decided to get tested to see if she could donate part of her liver to save his life. Read Rabia’s story about donating part of her liver to her son.

1. Which organ/tissue did you donate, and in what year?
I donated part of my liver to my son in 2013, he was two and a half years old at that time.

2. How long were your recipient on the waiting list for an organ?
When I heard the waiting list could be around 5 years I looked for other hospitals then heard of Wits Donald Gordon Medical Centre and they do living donor transplants.

3. What made you decide to donate?
My son was diagnosed with MSUD, Maple Syrup Urine Disease, when he was about 14 days old. He was admitted to ICU when I went for my 10 day check-up and stopped breathing that night, thankfully his Paediatrician knew something was wrong. MSUD is when your body doesn’t produce the enzymes to break down protein which becomes highly toxic in your body and can lead to death, it is a rare genetic disorder. I donated to give my son a better life, so he could eat, play and be like other kids. With MSUD his diet was very restricted he had to be fed every two hours special formulas that where imported and food that had to be weighed according to his pathology results.

4. Describe the emotions experienced when you were told that you are a suitable donor?
When I found out I was a donor I was so happy especially for my son knowing that this could partially cure MSUD.

5. What is life like now, after donating part of your liver?
Life now is much better than I expected after the transplant it was a bit hectic because of him being on Immunosuppressant and picking up every bug around but to see him chewing, eating proper food, walking was all I needed, it took me about two weeks to recover after surgery,

If you have the chance to donate and change a life it’s really worth it.

6. What advice would you give people considering being a living donor?
Organ donation is scary for anyone but long term it makes a big difference in someone’s life. Donating to my son was the best thing I have ever done.

7. If you could be any organ, what organ would you be and why?
Probably the liver since I have learnt so much about it and the fact that it can regenerate itself is amazing.

8. If you could describe donation in one word, what would it be?
Fulfilling.

We're throwing it back to 3 years ago, when we sta

Lisa Smorenburg, 54, from a small town in the Sout